Wow! Another Successful WordCamp US has come and gone. This year there were lots of fun things to do, people to meet, parties to attend, and lots to learn. From the time the airplanes wheels touched ground in Philadelphia to the time we arrived back at the airport to fly home there was no lack of things to do or fun to be had. Philadelphia is home to so many wondrous historical sites. This year we had the joy of being able to bring the whole family, and this provided a plethora of learning experiences for our 10 year old. WordCamps are a great time to catch up with friends in the WordPress community and to make new ones. Below is the highlights from our journey this week during WordCamp US 2016. 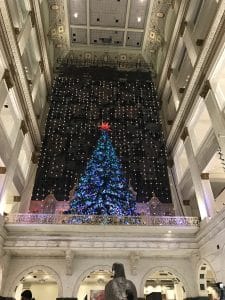 We arrived in Philadelphia to a cold, wet and windy day. Our original plan was to check out the German Christmas Village at City Hall, the Macy’s Christmas Displays and Dinner at Carmen’s Cheesesteaks. While we were able to still attend the Macy’s Christmas displays and have dinner at Carmen’s, the weather prohibited us from being able to enjoy the Christmas Village. Carmen’s was absolutely delicious. The gooey cheese wiz and tender steak were a great combination with the caramelized onions, peppers and mushrooms. The seasoning used made the entire thing absolutely wonderful. Carmen’s is located inside the Reading Terminal Market which provides access to some of the most amazing food vendors in the area. You can find everything from meat, produce or seafood stands to chocolate, wine and beer. The smells that waft through the area lead you straight to some of the amazing food inside.

Macy’s has an amazing display at their Center City location. There is a light show that is narrated by Julie Andrews, and the music and lights are timed for a very visually pleasing show. Then they send you upstairs to see a life sized walk through of the Charles Dickens Novel “A Christmas Carol” This has music, narration, and placards throughout that takes you into the books. This walkthrough was absolutely amazing!

After a long day of travel these less intensive activities were exactly what we needed to help settle us in for the days ahead. 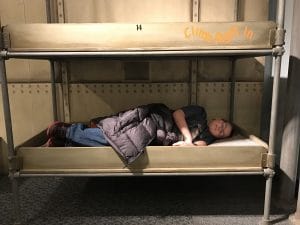 We woke up totally ready to conquer the sites today. The list for today was Liberty Bell, Seaport Museum, and the US Mint. We started our day at the Mint, and it began with an interactive tour. US law prohibits any photography being taken inside the Mint, which means unfortunately there is no way to share that journey with you. We left the Mint and walked down to to National Park area that includes the Liberty Bell and Independence Hall. It was really awesome to see the history of the Liberty Bell and all that went in to the founding of our amazing country.

We moved from the Liberty Bell to walk past Independence Hall. There are museums offered for Independence Hall, however, this was not on our list for this trip. Make sure if you are going to try to visit that you get there early and get your tickets in the main Independence Visitors Center. The tickets are free, but are time stamped. Our next stop was the Seaport Museum.

The Seaport Museum has an interactive indoor museum and 2 ships outside. We were able to learn about submersibles, the history of ships and shipping, and navy history. There was a life size ship that showed you how to raise a sail and how ships wheels work. There is even a workshop that has ships being restored in it and you can watch the workers work on the restoration projects. The museum itself was pretty interesting, but the ships themselves were even better. The first ship we went through was a submarine called the Becuna.  It was a navy sub that has been brought in and restored. We were able to walk through almost the entire ship, and we learned a lot about how the Navy enlisted and officers work. The second ship we went into was a Steamboat used in the Navy in the late 1800’s and early 1900’s; Cruiser: Olympia. It was the ship that transported the Unknown Soldier to Arlington and was not used in an actual war. The ship was the only surviving Spanish American War ship and no sister ships were ever built.

After a long day of adventure we decided to go to a pretty awesome pizza place called Snaps. You went down the line and picked your ingredients, all organic and farm to table, and they made us all individual pizzas. The great part was even the sodas were healthy. I usually only eat a slice or two, but this pizza was so good, I ate the whole pie! If you are headed to Philly, check them out! 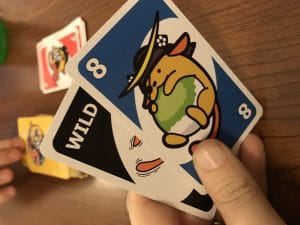 Our first day of WordCamp US has arrived! We got up early had some breakfast and headed to the convention center ready to start our day. We went through all the vendors and made sure to get the good swag and then I got Jared situated in a quiet area for him to learn some more JavaScript. I am pretty sure I spent more time networking in the hallway then I did in actual talks, but I have some of my closest friends from WordCamp Hallways Tracks. It was nice meeting up with friends from other camps, as well as making new ones. At the end of the first day, Jared and I went back to the hotel room to have some much need mom/son time. We played WapuUno which is a fun twist on the Uno game everyone loves. It features Wapuus from around the World. He showed me everything he learned that day and we went through all our swag. It was such a fun first day at WCUS! 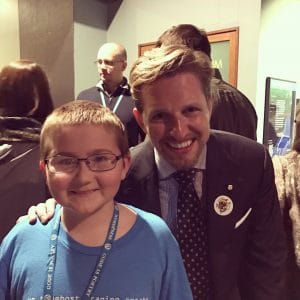 Day 2 of WordCamp US arrived and we made sure to eat breakfast before heading over to the convention hall. Day 2 is the day I try to use the networking from day 1 to help other people meet individuals that would benefit from the introduction. It was nice to be able to hang out with the Sideways8 team from Atlanta, as well as, introduce them to some people that might be able to assist them in their endeavors with 48in48. Jared was hard at work playing Roblox and developing in JavaScript and so many people came up and told me how awesome my kid is. We enjoyed some smooth Jazz at our BBQ lunch and before we knew what hit us, it was time for the annual “State of the Word” where Matt Mullenweg gets up and gives everyone the annual WordPress update. WordPress in 2017 will be moving to a once a year major release, and away from a three release per year schedule. Also, there is a new growth team that Chris, my husband, has applied to be apart of. I am excited to see what lies ahead for the community of WordPress.

After the State of the Word, we headed to the after party. Jared had 1 goal on this trip, and that was to meet Matt Mullenweg. I prepared Jared for the chance that he may not see him as it is a big conference, big after party, and a small chance that we would actually see him. We walked around, ate some pretzels, dumplings, ice cream, and popcorn. We saw the entire museum that the party was held in, which by the way was the coolest idea ever! We were tired, and it was late so we decided to head toward the entrance to go back to the hotel. You will never guess who we saw on our way out. It was Matt! Jared told him how he was learning JavaScript, and that he loved using WordPress! Matt told him “Keep Coding and listen to your Mother!” Thank you Matt for reminding Jared that he has to listen to me, and for being an inspiration to my 10 year old! This is proof that the community we work and play in is a great one. Jared was grinning ear to ear the whole walk back to the hotel. Matt made his entire trip special with that 2 minute interaction. 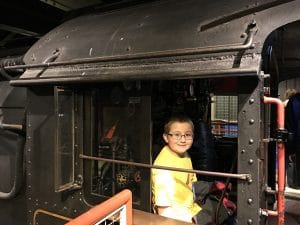 Our last full day in Philly was earmarked as a day of fun. We spent the day at the Eastern State Penitentiary and the Franklin Institute. Eastern State Pen was a great history lesson as the jail was opened in the late 1800’s and closed in 1971. We learned about why jails are built the way they are, how the guards and inmates lived, and a bit about crime and prisons today. Jared found it interesting that what happens to us, how we live, and how we are educated plays a big role in if we grow up to be criminals or not.

The Franklin Institute is one of the best Science Centers we have been to in the US so far. The hands on exhibits were intriguing, and we practically had to pry Jared away from them. It was a huge museum and it took us the entire afternoon to see it all. We learned about mechanics, our brain, our heart, exercise, and so much more. Google had a special autonomous robotics exhibit that we learned about programming robots, and how robots are built to assist with everyday things, not just in factories. If you are traveling to Philly with a kid, or if you are a kid at heart, the Franklin Institute is worth the price. We ended our day with packing up to head home knowing that our next day would be a short one with an afternoon flight. 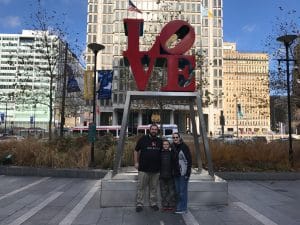 Today we say goodbye to Philadelphia. Jared didn’t want to leave, but he also wanted to get home to his friends and he even said he missed doing his schoolwork (homeschool win!). We went to Reading Market for one more round of cheesesteaks at Carmen’s and walked around the city taking pictures and making memories. It wasn’t long before we had to head back to the hotel. We made a pit stop at Starbucks and we got Mochas and Hot Chocolate to sit relax and talk about the weekend. It is so nice that Jared is old enough to sit and have these conversations now. Chris, Jared and I all had a marvelous trip, and we each had things we loved about the trip. We are excited to plan our trip to Nashville for WordCamp US 2017, and to see what the new year will bring us as a family, a business, and as members of the great community of WordPress. 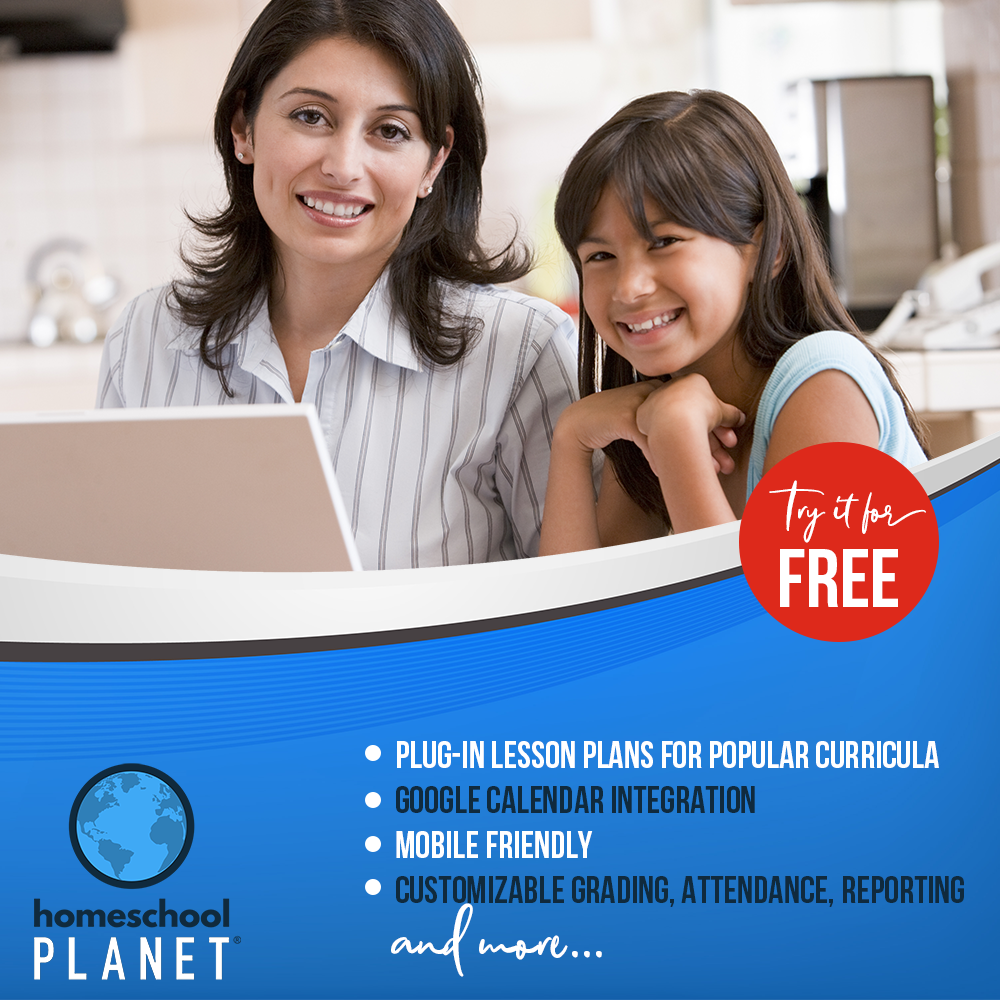